As most authors do, I have a playlist of songs I work with when I’m writing. It’s the playlist I think embodies the story, the characters and the mood of a certain scene.  I have all that set out before me, at my fingertips so I can access it at the press of a button.

However, there are those songs that occurs to you after the story’s done, edited and published.  That song which pops up out of almost nowhere and declares itself an official sponsor of your story.

It continues to amaze me how much music can not only soothe the savage beast but also bare one’s soul.

Judith Graham holds her own in her zombie-proofed fortress that was once her childhood home.  Through the foresight of her survivalist parents, she’s set for at least a year, but overwhelming loneliness and crushing boredom drives her out into the deserted, yet still dangerous streets of her neighborhood.  She crosses paths with another traveler, Sky Beckett, who has decided to take the dangerous journey South to find out if his family is still alive in Tennessee.

A reluctant Jude allows him to stay at her home.  Determined to remain a “Lonely Stranger”  …..

When I walk, stay behindDon’t get close to me‘Cause it’s sure to end in tearsSo just let me be
— Eric Clapton

she doesn’t want to get close to anyone because anything could happen, at anytime.  Sky takes more of a moderate, if not almost optomistic  view of post-apocalyptic life, wherein you keep trying until you can’t try anyone.  He struggles to get her to see the facts as they stand and staying in her house is only going to get more dangerous, no matter what fortification she thinks she has.

He also sees that Jude is perhaps not as strong as she thinks she is.

Just by chance, those songs rolled up on my playlist (while I was cleaning no less)   and I was struck at how apt they are and I had to share.

Haven’t read Jude and Sky’s story?  Check out “Loving Among the Dead” at the following outlets

I was going over my Google Playlists and I found one that I created a long time ago  with the James Bond themes.  Back in the day, I would never miss Bond movies on the television.  Being a woman of a certain age, my favorite Bond was Sean Connery, next George Lazenby (even though he only appeared in one Bond film) and I tolerated Roger Moore.  By the time the franchise worked its way around to Timothy Dalton (yuk!) and Pierce Brosnan, I had lost interest.  Thought my interest was somewhat  revived with the new Bond, Daniel Craig, my heart still belonged to Sean.

Never mind the movies, though, what about the songs?  The iconic songs that told you that a cool movie was about to start?  Many of these songs were sung by the hot artists at the time and were almost always chart worthy.

For this blog post, let’s take a look at my top five favorite Bond themes, starting with number five. As always, I’ll add some tidbit of trivia!

I can’t even tell you which Bond was in this movie, but the song is hot.

Her dramatic rendition of this theme recalls the old days of Shirley Bassey.  While I did not see the movie, Adele does a wonderful job with this song and it won the Oscar!

For Your Eyes Only – Sheena Easton

Sheena is the only singer to appear in the opening credits of a Bond movie singing the theme song.

Nobody Does it Better – Carly Simon

When it comes to Bond, we all know what the “it” is.

Aww, you knew it.  Of all the Bond themes, Dame Shirley Bassey does it the best.  She has also recorded the most Bond themes.

From Wikipedia:   Bassey did initially have issues with the climactic final note which necessitated her slipping behind a studio partition between takes to remove her brassiere. Bassey would recall of the final note: “I was holding it and holding it. I was looking at John [Barry] and I was going blue in the face and he’s going, hold it just one more second. When it finished, I nearly passed out.”

Bad for her, but good for us. 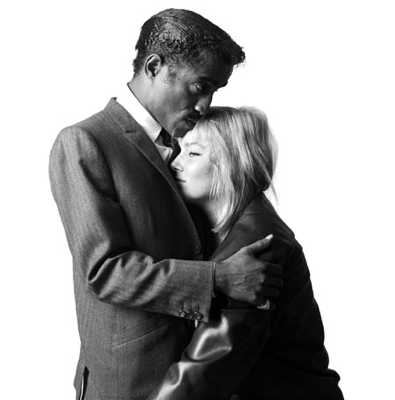 On occasion, this geek gal likes to try her hand at new recipes in the kitchen. I’m not a great cook, but I know what tastes good and how to alter a recipe.

Unfortunately, I also like to pick complicated recipes that try my patience. (Don’t ask why, it’s just the way I’m built – I like a challenge.)

Mix softened butter, chives and garlic. Shape the mixture into a rectangle, like a stick of butter, then freeze for about 30 min. You will be slicing this later.

Pound the chicken breast halves until they are as flat as possible – ½ – ¼” thick. I salt and pepper the meat, but that’s up to you.

Get your butter mixture. Slice it into six pieces. Place one piece on the center of chicken breast half. Fold the long ends of the chicken breast over the butter, then the short sides. Secure with toothpick.

Mix cornflakes, parsley and paprika. Dip chicken into buttermilk then coat evenly in the mixtures. Place the chicken in the pan, seam sides down.
Bake for about 35 min, uncovered. Remove toothpicks.

Like what you read?  Hop on over to The Sultry Scribe and sign up for my newsletter! It’s Monday, right? I’m not the type to sing the Monday blues, because that’s just not my style. Every day when I can wake up and do what I love is a blessing to me.

Now that my “positive thinking” public service announcement is out of the way, let’s move on to the meat of the matter.

Everybody gets them at one time or another for all types of reasons, but today I’m going to focus on the love blues.

“The blues are the roots, everything else is the fruits.” – Willie Dixon

What is the blues? The blues have their origin in slave songs, field hollers and spirituals. For my purposes here, the blues is what you sing and/or feel when you are feeling sad.

You lost a lover. You never had a lover. Your lover loves someone else. So you sing the blues. Somehow knowing that someone else, somewhere in time was and/or is going through the same thing makes you feel not so alone in the world. The brotherhood of mankind has kinship in sadness.

“I can’t sleep at night
I can’t eat a bite
Because the man I love
He don’t treat me right….”
– Crazy Blues – Mamie Smith

Now that we know what makes us sing the blues, what blues do you sing? What sad song do you listen to when you’re feeling low?

Like what you read?  Hop on over to The Sultry Scribe and sign up for my newsletter!